Are the Netherlands a Narco State? A criminological analysis 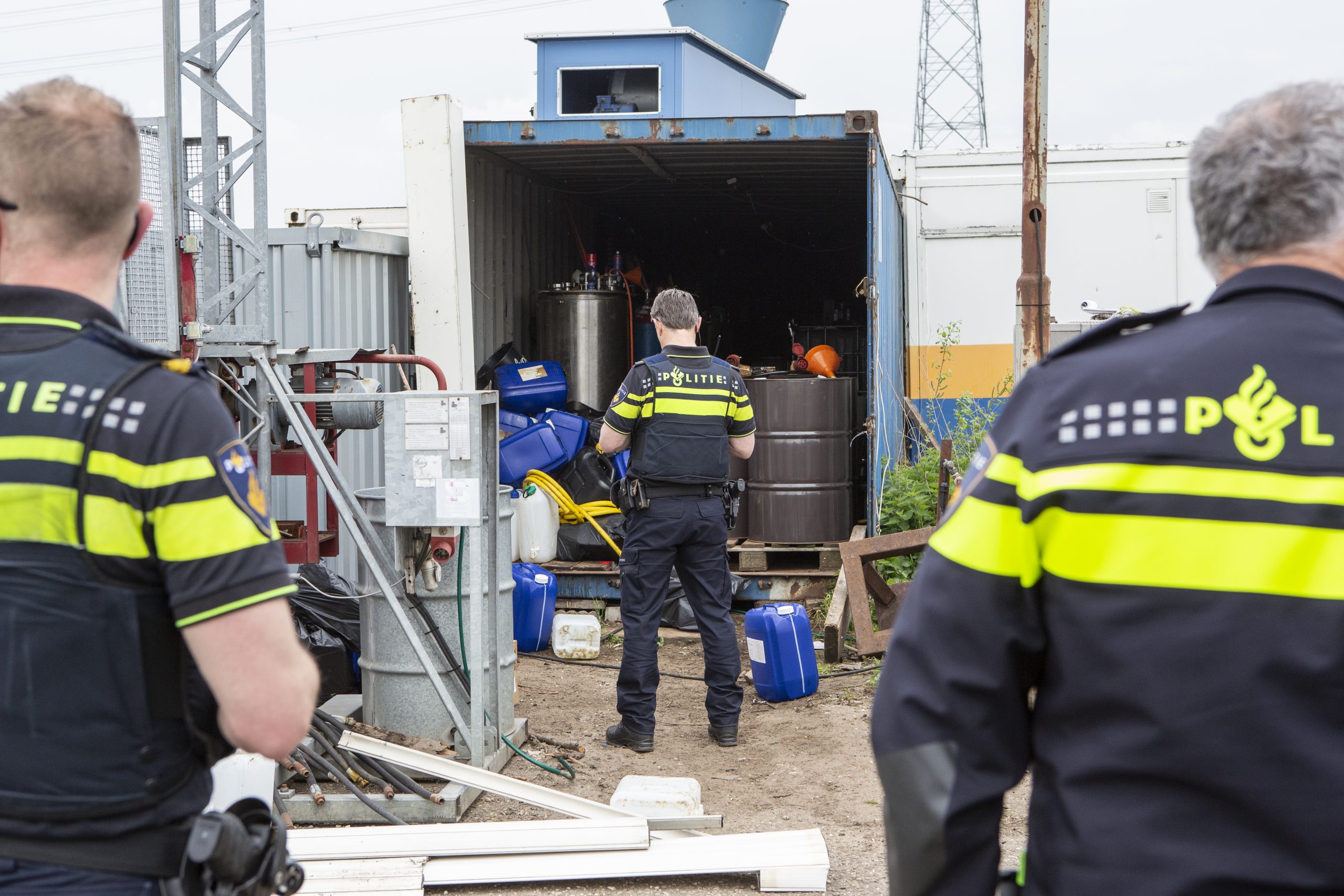 Are the Netherlands a Narco State? A criminological analysis

In the summer of 2021 the famous Dutch Journalist Peter R. de Vries was assassinated in Amsterdam. He was killed with several gunshots on the open street. The perpetrator most likely a contract killer hired by organized criminals calling themselves the Mocro Mafia. De Vries is not the first victim of this powerful mafia organization. It begs the questions: Are the Netherlands a Narco-State? What has gone wrong in this country in the center of Europe famous for its tolerance towards soft drugs?

Let’s have a look at recent developments related to organized crime in the Netherlands. This issue is best approached by introducing three levels of analysis commonly used in the social sciences: the micro, the meso and the macro level.

The most wanted criminal in Europe

Let’s start with one of the most wanted criminals in Europe until his arrest in 2019, Riduan Taghi. He is a Dutch national born in 1977 in northern Morocco. He started out with smuggling cannabis from there. Over the years he became one of the leading drug traffickers in the country. Today he and 17 of his associates are charged with a string of murders and attempted murders from 2015 to 2017. They all are members of the so-called Mocro-Mafia, the Moroccan Mafia in the Netherlands. The prosecution is relying on the testimony of key witness named Nabil B., a former member of Taghis organization. Just one week after Nabil B. agreed he would cooperate with the prosecution, his brother was murdered. Then in September 2019, the lawyer of the key witness, Derk Wiersum was shot dead outside his home in Amsterdam. The Journalist Peter De Vries, one of the most famous crime reporters of the country took over the role as a personal advisor to the key witness during the trial. On the evening of July 6 in 2021 he was on his way home from a talk show where he had been invited as guest. When he reached the Lange Leidsedwarsstraat a man fired five bullets at him on hit de Vries in the head. He died 9 days later in the hospital. One of the suspects arrested for the murder of de Vries is a cousin of Taghi. The Dutch Prime Minister Rutte condemned the killings as an attack on the rule of law and the free press in general. Rutte who is known for riding his bike to work every day later became self a target of the Mocro mafia. According to a newspaper report Ruttes security personel had observed so called spotters who had followed the prime minister.

Obviously, the prosecution and police have failed miserably in protecting all these victims. But it also raises the question: what has motivated these killings? There is one golden rule that applies to most organized criminals: Attention is bad for business. The more a criminal networks becomes the focus of law enforcement the tougher it is to keep operations going smoothly. Operations like trafficking drugs form the harbor of Rotterdam to the rest of Europe. Or operations like producing synthetic drugs in a remote barn somewhere in the province of Limburg. Of course, there is an exception to this rule and that is: if you want to send out a powerful message make sure the impact is as big as possible. For example, in May 2018 at around 3 a.m., an unknown man steered a van loaded with flammable liquid into the Amsterdam building of De Telegraaf, one of the largest newspapers in the Netherlands. The man abandoned the vehicle, and the subsequent explosion damaged a considerable part of the facade. The damage ran into the hundreds of thousands of euros. Again, the mocro mafia is suspected behind this.

This is the reasons why many Dutch commentators think the murders were committed to prove the power of the mocro mafia, to show that they are untouchable. Others disagree with this interpretation. They consider Taghi as a wounded predator fighting desperately to survive while prosecution is closing in on him. There is little doubt that he will spent the rest of his life in prison. The most recent killings have sealed his fate.

The culture of assassinations

These prominent murders led to a public outcry. But there is a deeper layer to this problem of targeted killings in the Netherlands. This is best described as Culture of assassinations that can be observed in the past years. To understand what this means we have to look at the meso-level or community level of the problem.  By this I mean the community of criminals or the criminal sub-culture. Fist, how is an assassination defined by Dutch authorities and how can it be differentiated from a common murder or homicide. In a study published by the research department of the Ministry of Justice the WODC they speak of an assassination in cases where the victim or victims had ties to organized crime and the modus operandi indicates special planning. Particular indications of this include

Why is this definition important? It allows to differentiate assassinations form the normal homicides. Most of these are committed within relationships or disputes between people that know or hate each other. Assassinations however are very different types of homicides they follow a very different more sinister logic. Often they are public to incite fear. Sometimes coincidental witnesses are killed as well. Bystanders are at risk to be wounded or killed as well. Hence, the likelihood of solving these crimes is low. Hired hitman have no personal relationship to their victim. Often investigators are left completely in the dark. Who are these hitman? Again, the study by the Ministry of Justice reveals that the killers are not a handful professional criminals with military training as you would expect from the movies. While it was some years ago very hard to find a hitman for hire it has become remarkably easy these days. Prices foa hit vary but cheap offers of below 5000 euros have been reported by the Dutch police. Today the Dutch organized criminals have a large pool of killers for their disposal, young men between twenty and twenty-five. Most of them have morrocan roots or from the Dutch Antilles and stem from the east and West of Amsterdam or the region around Utrecht. Killing-Clusters the Dutch authorities call these areas. But make no mistake: the descent of the killers should not be confused with the fact that they are home grown, born and raised in the Netherlands. Often, they are not yet full members of the criminal organizations. They have had their first experience in juvenile gangs, typically with various forms of crimes, with burglaries, robberies and minor shootings. Weapons, preferably fully automatic ones such as AK47s and Scorpions, are easy to obtain and are preferably used during an assassination. However, young shooters regularly lack the skills to handle these weapons properly. The firing of 80 to 90 rounds during the commission of a crime is not uncommon. The crimes often take place in broad daylight, in busy squares or streets. This Incompetence coupled with a frightening amount of ruthlessness are the main reason for the large number of uninvolved victims.

However, committing the killings ensure status and advancement within the group. Demonstrations of power also plays a role. Many of the shooters identify with “mafia movie stars” like Tony Montana from Scarface, and they post photos of themselves with guns and money bills on social media. The WODC characterizes today’s shooters as amateurs, sloppy in the preparation and by an ‘overkill’ in the use of violence. They are representatives of a new generation of drug criminals: young and not particularly smart. Many of the killers have meanwhile been executed themselves, either through retaliation by their rivals or by their own superiors, for whom the risk of them becoming a witness was too high. The killers often share the fate of their victims.

As alarming the high rate of assassinations are, surprisingly these doesn’t seem to be a priority of crime policies in the country. This brings us to our third level the macro or societal perspective. Here organized crime in recent years has been treated as a problem of subversive crimes or ‘ondermijning’ as it called in Dutch. What does this mean? Subversive crimes are described as the infiltration of social institutions of a society. This can be the injection of drug money into the legal economic cycle through classic money laundering instruments such as real estate, hotels and restaurants. This involves real estate agents, notaries, lawyers, government and municipal employees who are instrumentalized thus unknowingly or knowingly to support the criminals in creating the appearance of legality. It also includes corruption of public officials, police officers and politicians. Hence, by reinvesting illegal funds back into the legal sector organized criminals undercut some basic mechanisms of society such as the trust in the state and its officials or competition in the free market. Indeed, recent studies estimates that the steep rise in real estate prices in Amsterdam can be at least partially be attributed to drug money being laundered through the real estate market. This has reinforced a situation where people with normal incomes cannot afford house in the city anymore because the unlimited financial funds of criminals have driven the house prices up.

What is Dutch law enforcement doing about all this? To tackle this problem affecting the entire country the Dutch authorities have implemented a complex approach. Basically, it boils down to a follow the money strategy. So instead of sending highly armed police officers out to raid the house of some well-known Mafia boss, authorities are aiming for the bank accounts and money laundering structures such as shish bars or restaurants. This means to gather different stakeholders on round tables and to tackle the issue from different angles. These stakeholders are officials from a variety of agencies such as the prosecution services, immigration authorities, tax authorities, from customs, health and safety inspectors, police, and even representatives of banks. The aim is to make life as hard as possible for organized criminals.

Has this approach been successful? Well, without a doubt there have been a number of successes over the past years. But recent events such as the murder of Peter R. de Vries begs the question if the situation really has improved in the country. And this of course brings me to my initial question: Are the Netherlands a Narco-State?  This term was frequently used by De Vries and it seemed that he hit a nerve with it. The notion is more commonly used to refer to some of the South American countries whose societies and politics are in the grip of the drug cartels. In that sense the Netherlands are definitely different and the title of a Narco state an exaggeration. Nobody would seriously claim that large parts of the economic and political elites in the country are corrupted by drug money. Quite contrary, Transparency International’s Global Corruption Index, consider the Netherlands among the 10 least corrupt countries in the world.

However, de Vries wanted to draw attention to the serious threat organized crime poses to the Dutch society. The times when organized crime was part of an underworld, a separate world from the rest of the society are over. Criminal structures have seeped deep into the society not only in the Netherlands. Many people are profiting from this. But the majority pays a very high price. De Vries was very outspoken about this. He paid with is life.

3 People reacted on this